We utilize the scouting principles and advancement programs set forth by both the BSA and GSUSA as well as the Vietnamese Scout programs.  Our mission is to prepare our youths for the future while retaining their cultural heritage by promoting outdoor activities, character development, citizenship training, personal fitness and Vietnamese cultural learning. 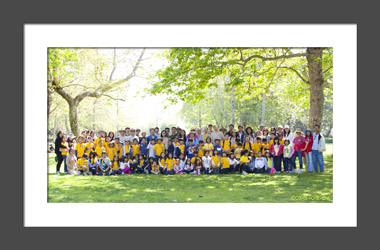 On February 22, 1979, a band of young scouts fresh from Vietnam as refugees formed the second Vietnamese American scouting troop in the United States, Explorer Post 279.  They were Phu Van Nguyen, Quynh Tuan Cung, Nga Dinh Pham, Ly Minh Le and Tam Huu Do and they’re still active in scouting today. They named the troop, Chi Lang after the 15th century battle where the Vietnamese rose up to repulse the Chinese from Vietnam to regain their independence.

Chi Lang grew into a multi-level scouting troop and included girl scouts from Girl Scouts of the United States of America (GSUSA), which was registered as Troop 1279. In 1996, Chi Lang Group expanded to include Pack 279 offering the Wolfs, Bears, and Webelos Programs to younger boys in Cub Scouts as well as Daisies, Brownies and Juniors programs to young girls in girl scouts.

This year, Chi Lang Group is proud to celebrate its 40th Anniversary in February 2019. Being one of the oldest Vietnamese-American scouting units in the United States, Chi Lang Group has thousands of scout alumni and numerous scout leaders in other Vietnamese units in Orange County.

Want to join LDCL? Info on how to join is on FAQ & Contact page